Fierro, also called Martin Fierro: La Pelicula is an animated film that was directed by Norman Ruiz and Liliana Romero. Not many people will have heard of this film, but it is a movie that everyone should watch if they have some spare time. It was released back in 2007 and is based on the epic poem Martin Fierro, which was created by Jose Hernandez over a seven-year period. 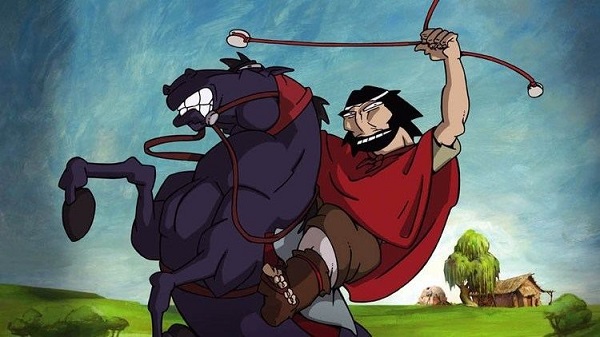 Martin Fierro, a skilled Gaucho (horseman), lives a very simple life with his family on a ranch in the Argentine Pampa. Apart from his ability to work with horses, he is also a talented singer. He sings about the discrimination and mistreatment that Guachos face in their daily lives. One day, when he was singing in a diner, a raid was carried out and Fierro was arrested. The judge took a disliking to him because he never voted, and he was sentenced to fight at the border.

At the border, he is forced to work hard, and he has to fight against Indians. During one of the fights, he escapes on a horse. He then spent one year in abject poverty and was eventually captured and punished. He escapes during another fight and returns to his ranch, but three years have now passed, and his family have left (they had no idea that he had been sent away, so thought he had deserted them). Sad and angry, he turns into a fugitive.

One evening he attends and party, insults a black woman, then kills her friend. He later kills a fellow Guacho. He later has a fight with a policeman, they befriend each other, and they go and live with some native Indians. However, they do not find the better life that they were after as the natives take them as prisoners. 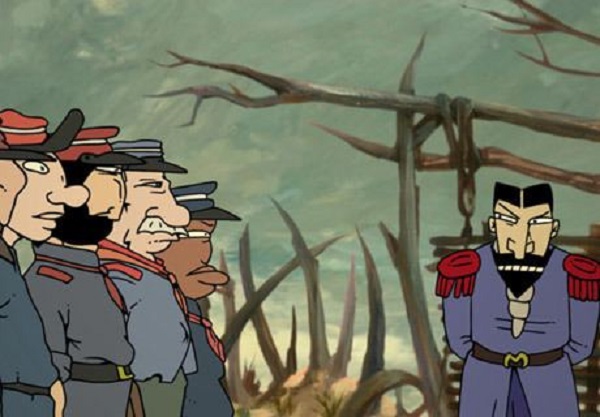 Fierro’s police friend dies from the plague and while he is visiting his grave, he hears a woman screaming in the distance. He follows the screams and finds a woman carrying her dead son. She was accused of witchcraft, so her captor murdered her sun. Fierro defeats her captor in battle and takes her back to civilisation.

He leaves her at the first ranch that they come across and then later he encounters his two sons. One had been a prisoner and the other a ward of the Vizcacha. He goes on to have a singing duel with a man who is actually the brother of someone Fierro killed in a duel once.

At the end of the story, Fierro is considering changing his name and going somewhere to live in peace. However, we never really know whether he gets his wish.

Ruiz’s main love in life is obviously creating animation movies, but not many people are aware that he also has quite the love for cricket. This isn’t a popular sport in Argentina, so you might be wondering how he came to love the sport so much. Well, when he was a youngster, his family went on a trip to the Caribbean.

Now, as anyone who is a cricket fan will tell you, cricket is the major sport in the West Indies. On a whim, they decided to go watch a cricket match between the West Indies and England. There has always been tension between England and Argentina because of the Falkland Islands, so we don’t really need to tell you who the family was supporting. By the way, some member of his family spent a load of money betting with tips presented by the link https://www.cricketonlinebetting.in/cricket-betting-tips/.

The match was an enthralling one that England went on to win by just 8 runs. Although the team that he was supporting didn’t win, he picked up a love for cricket that day that he still has to this very day.

Whenever he isn’t busy producing great animation films, he watches as much cricket as he can on the television. Every year, he does his best to ensure that he takes a holiday to the Caribbean so that he can watch some live cricket.