In El Gaucho Martin Fierro by José Hernández, the protagonist becomes an outlaw when he kills a man in a bar fight, and he decides to go and live with the natives in hope of finding a better life. This story is now considered by many scholars to be a masterpiece of world literature, but Fierro is only a fictional outlaw. In this article we are going to take a look at some of the more well-known and real outlaws that plagued the Wild West.

Billy the Kid, originally William Henry McCarthy Junior, was born in New York City slums and became an orphan at the age of 14. He eventually decided to move out West to seek wealth, where he became heavily involved crime and eventually became an outlaw. While on the run from Mexican authorities for theft, he fled to Arizona, where he killed a man during a fight.

He eventually returned to New Mexico and formed a group with some cattle thieves before fighting in the Lincoln County War. He liked to boast to anyone that would listen that he killed nearly two dozen men, but it is believed that he killed fewer than 10. At the age of just 21, he was fatally shot by Sheriff Pat Garrett.

Many people like to say that Jesse James was a compassionate thief who took from the rich and gave back to the poor, but there really is no evidence to prove that this was the case. Born in 1847, he and his brother, Frank, came from a Missouri slave-holding family, and when the Civil War erupted, they decided to join the Confederate Army. They were both just teens, but they joined the death squad, who were tasked with going from farm to farm and killing anyone who had Unionist sympathies. This gave Jesse the taste for chaos and blood.

When the war ended, he joined up with Archie Clement and started robbing banks that were owned by Unionists. When Clement was killed, James carried on doing what he did best. In 1882, Thomas Crittenden, the governor of Missouri, arranged a meeting with Charley and Robert Ford, two members from Jesse’s gang. Not long after, while Jesse was doing some dusting in his living room, Robert killed him by shooting him in the back of the head. A very ignominious end if you ask us.

She is considered by many to be the female Jesse James, and movies and books have carried on her legend for more than a century. She was born in Missouri in 1884, but her original name was Myra Maybelle Shirley. She was a very educated woman and could speak Latin, Greek, and Hebrew. Her parents owned a hotel and were extremely wealthy, so she never wanted for anything when she was growing up. However, the US Civil War unleashed hell, and she moved to Texas, where she married Jim Reed, who was a career criminal. His occupation brought him an early grave and Myra, who had changed her name to Belle by then, moved to what is now known as Oklahoma and married a man called Sam Starr.

They were both arrested for stealing horses, and Belle did some time in a prison in Detroit. Sam was later killed in a gunfight, so she married Sam’s adopted brother. In 1889, at the age of 41, Belle was shot off her horse and then shot again to make sure she was dead. Her killer was never caught, and nobody knows why she was murdered.

However, she must have done something to irk someone else and that is the gamble that she took when she became an outlaw. We do not recommend that you also take a gamble in life by becoming an outlaw yourself, but if you do consider yourself to be a bit of a risk taker, then there is something that you can do that does not include stealing and murdering people, and that is signing up with an online casino. Wild West fans will be happy to find out that there are plenty of slot games with a Wild West theme, so there will be enough to keep you thoroughly entertained. Furthermore, if you do not feel like playing slot games and play some table games instead such as poker or blackjack, you can pretend you are an outlaw ready to steal money from the online casino. 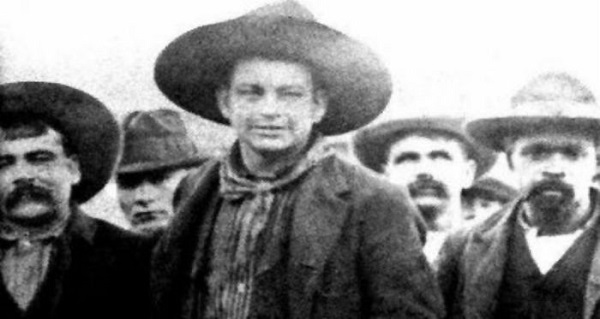 When Cherokee Bill, born Crawford Goldsby, was about to hang for all the crimes that he did, he allegedly told those in attendance that he came to die, not to speak. Those are final words that are fitting for an outlaw if you ask us. He was born in Texas in 1876 to Ellen Goldsby, who was a Cherokee woman with African-American and European ancestry, and George Goldsby, who was a soldier from the famous 10th Cavalry. His parents split up when he was seven, and he was dispatched to a school for Indians, which is something that he did not take too kindly to.

At the age of 12 or 14 (nobody knows when exactly), he murdered his brother-in-law. When he was 18, he teamed up with Jim and Bill Cook, who were well-known outlaws. He helped them to murder and steal throughout the Indian territory over the course of a ten-month period. He was captured and sent to prison, but the following year he was sentenced to hang when he tried to escape and ended up killing a prison guard.